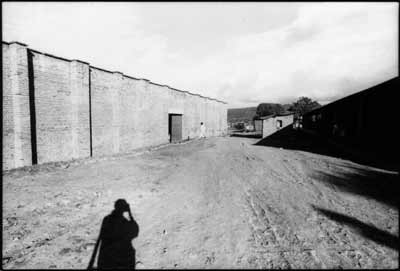 Born and raised in Brooklyn, New York, Damaso began his career as a storyteller over twenty years ago while still a teenager. As a young man of color growing up in inner city New York, he was fascinated by the way in which his community was portrayed in the media. As an adult he chose to pursue journalism in order to ensure that there was more diversity in the images that are presented to the public.

He has worked for institutions and his work has appeared in publications including: The New York Times, The United Nations Development Programme, The Associated Press, The Wall Street Journal, Newsday, The San Francisco Chronicle, The Miami Herald, New York magazine,  Der Spiegel and Time Asia. Previous assignments and projects have taken him to countries including Rwanda, Cuba, Indonesia, Tanzania and throughout the United States and Europe.

In addition to being a 2008 Fulbright Specialist, Damaso is the recipient of several fellowships and awards and including an Arthur F. Burns Fellowship; a 2012 Knight-Luce fellow in global reporting; a 2013 French American Foundation fellowship for immigration reporting and a 2015 Holbrooke Fellowship from the International Center for Journalists.

Damaso is also a living kidney donor.a project leader at the World Policy Institute and the principal photographer of The Europeans, a photographic documentary project which is exploring the changes Europe and its people are experiencing as the European Union expands and integrates.